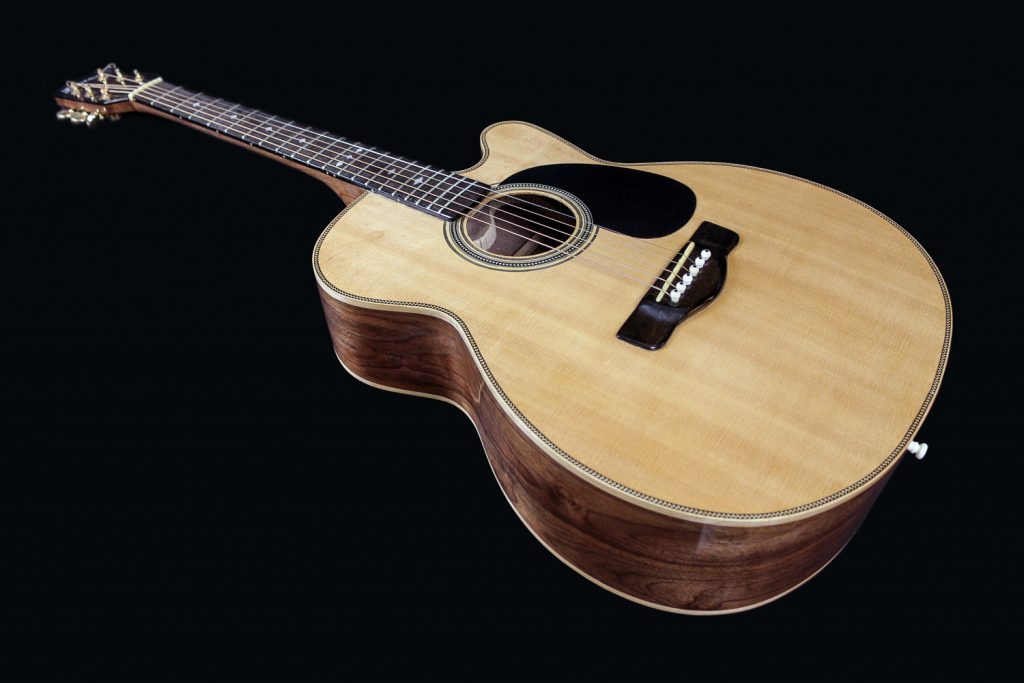 I have been playing guitar since I was about 12 years of age when I learned a few basic cords from my Dad. One of my uncles played acoustic guitar and sang in a country and western band, The Swing Kings, that performed on a weekly TV show in the 1950s. That is where my guitar roots started to grow. I did not think anything about attempting to build a guitar until many years later. However, I did become interested in woodcarving and woodworking much earlier. At some point along the way, I purchased a big floor model Delta band saw mostly for use with my woodcarving. One evening shortly after purchasing that band saw my parents came by for a visit and I took my Dad down to my basement workshop to show him my new saw and how that I could cut out all kinds of shapes with it. In passing, he said, “You could make a musical instrument with that.” I sort of brushed that idea off at the time but it stayed in the back of my mind for several years and on occasion when using the band saw I would think about the idea that my Dad presented. 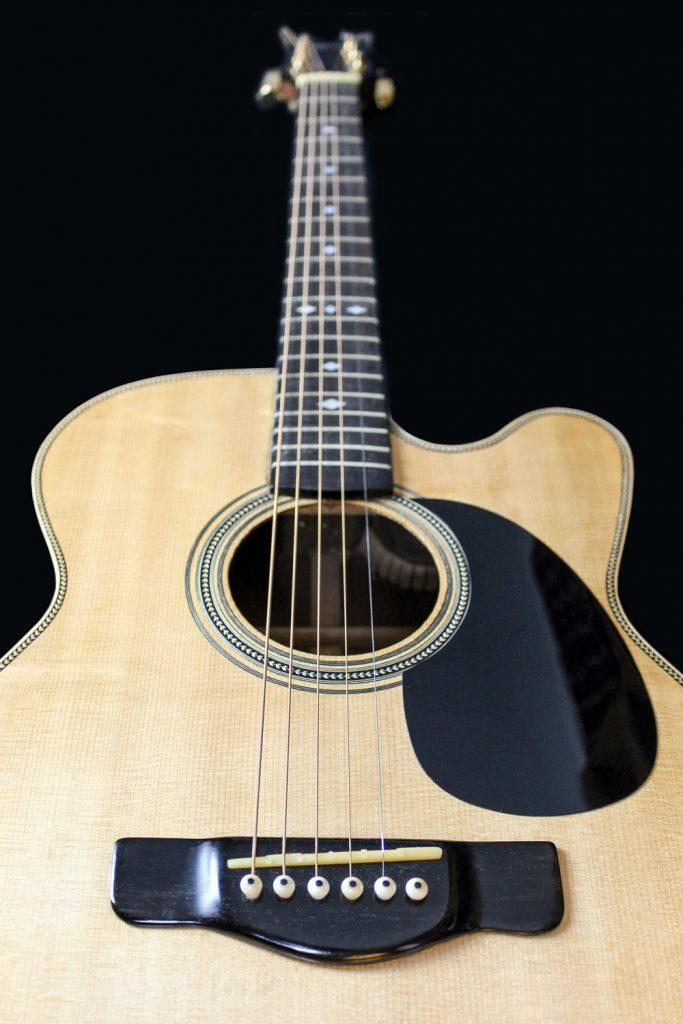 Several years later upon retirement from my job with the railroad, I found myself with plenty of time on my hands to pursue some of the ideas that I could not previously devote a lot of time to. I still had that same bandsaw and when I looked at it one day, I thought I would try building an acoustic guitar. The Internet was not a big thing at that time so all I had was the library and bookstores. I went to the library and checked out several books on building guitars. I read those books and I finally landed on one that made a lot of sense and was clear and understandable. The title of that book was “Build Your Own Acoustic Guitar,” by Jonathan Kinkead of Briston, England. I would highly recommend that book to anyone considering building their own guitar. After reading and studying the book thoroughly I began my guitar building journey. I of course modified my guitar slightly from the exact plans in the book, but it was basically that same guitar. The process included building lots of forms, templates, jigs, and tools specific to guitar building as well as sourcing the wood and parts and hardware necessary to complete the job. It took me almost exactly four months to build that first guitar from start to finish and that was working on it practically every day for at least 8 hours a day. After building the guitar I told one of my guitarist friends who was a member of the band about it and he had to see it. He looked it over, played it, checked the intonation, and was quite impressed. He invited me to come to a musical group he was a member of to show off the guitar. Everyone who saw it was quite impressed with the quality as it was my first guitar.

I still occasionally build an acoustic guitar however electrics seem to be more in demand that is currently where I spend most of my guitar building hours. The cutaway acoustic dreadnought guitar pictured here took about 2 months to build working full days of at least 8 hours, 5 days a week. This model has a North Western Sitka Spruce Soundboard, Missouri Black Walnut Sides and Back, 20 fret ebony fingerboard with diamond-shaped mother of pearl inlaid fret markers, ebony bridge, and bone saddle and nut.